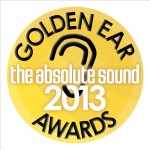 The 200Wpc D200i solid-state stereo amp negotiates some of the sonic divide between solid-state adherents and tube lovers. It doesn’t try to “mimic” tradicional tube tonality, but it does have a fair measure of tube-like liquidity, image solidity, and layered depth – elements which often get short-changed by solid-state amplifiers in its price category. It is reasonably powerful, tonally neutral (but not clinical), runs cool, has four adjustable input gain settings (to better match upt with a variety of preamps), and shoud prove to be very reliable – if it is anything like its D200MKII predecessor. The heavier and more powerful M250i monoblock sibling ratchets up all the positives of the D200i to an astonishing level. A wide, deep, and clear view into good recordings opens up even more than with the already accomplished D200i. The M250i also imparts greater ease and authority to the proceedings. The M250i is one of those amplifiers one buys and simply enjoys for years.